The Town of Wake Forest received federal grant funds from Surface Transportation Program - Direct Attributable funds (STP-DA) administered through the Capital Area Metropolitan Planning Organization (CAMPO) and NCDOT. The project consists of design, environmental documentation, and construction of a five-foot wide sidewalk along the east side of Forestville Road, extending from Heritage Station Shopping Center to Foundation Drive. The existing traffic signal at the intersection of Forestville Road and Foundation Drive will be upgraded to include a pedestrian phase with push-button assembly. The project is estimated to cost is $82,300 with a 20% local match. The Town has procured the design services of Summit Design & Engineering for this project who will provide shovel ready plans for construction and construction engineering inspection. Triangle Grading & Paving is responsible for the sidewalk construction. 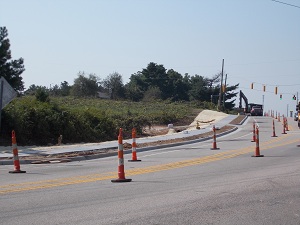 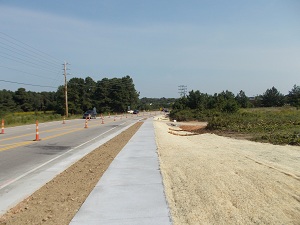