All Town facilities, including Town Hall, closed until further notice. Work of the Town to continue uninterrupted. 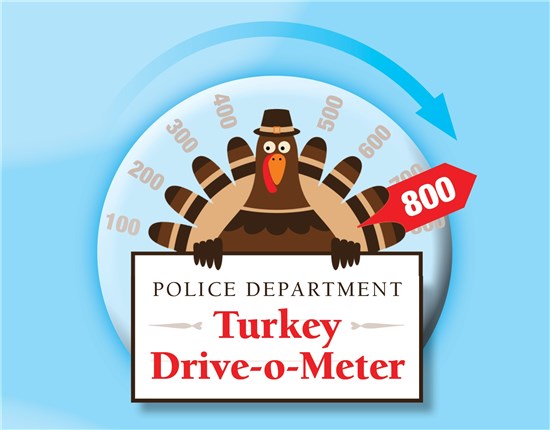 This year, we collected over $3,300 in online contributions. In addition, area residents dropped off over 200 turkeys during the Nov. 23 turkey drop-off event at the Police Department Main Station.

Altogether (including online and in-person contributions and donations of frozen turkeys), community members contributed over $7,300 to the 2019 Police Department Turkey Drive – a new record!

As a result of such incredible generosity, on Nov. 25, the Police Department gave away over 950 turkeys to disadvantaged families in our area – by far the most it has ever distributed.

Every fall the Wake Forest Police Department begins accepting monetary donations as part of its annual Turkey Drive. Several weeks later, the department schedules a day for residents to drop off frozen turkeys at the Police Department.

Officer M.W. Sattler organized the police department's first Turkey Drive in 2007. Since then, the department has distributed nearly 7,000 turkeys to needy families in our area, including over 800 turkeys in 2018.