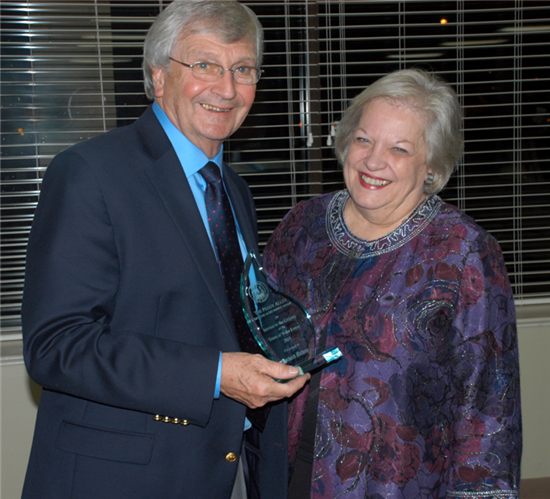 The Peggy Allen Lifetime Achievement Award was first awarded in 2005 to Peggy Garrin Allen for her lifetime of service to the Wake Forest Community and was named in her memory.

Peggy Allen was a graduate of Wake Forest College when it was located in our town. For many years she with her husband Bob published the Wake Weekly newspaper winning numerous national awards. Peggy was epitomized as being selfless, having a deep love of community. She was known for her love of children and believed that our children were our future. She was one who put family first and to Peggy family went well beyond her immediate kin to include the entire Wake Forest family. She was active in many community organizations and volunteered countless hours to community service.