Flaherty Dog Park, 1100 N. White St., will remain closed for the foreseeable future as crews work to complete a series of renovations in time for a reopening in early spring.

The dog park has been closed since January 6 while Town crews prepare the site for the start of work later this month by Blueprint Construction. Although original plans called for re-opening the park on Saturday, Jan. 11, Parks, Recreation & Cultural Resources officials have decided to keep the park closed so crews can continue their efforts and remain on schedule.

Signage announcing the temporary closure will remain posted at the park’s entrance.

In mid-January, crews from Blueprint Construction will begin a major renovation project at Flaherty Dog Park. Park renovations will include the following:

These enhancements are the result of “Picture Flaherty Dog Park” – a summer 2019 Parks, Recreation & Cultural Resources initiative that solicited public input concerning improvements at the facility. As part of the effort, area residents were invited to share their thoughts and opinions via an online survey and during two public meetings offered by the Town.

The Town of Wake Forest opened Flaherty Dog Park in June 2007. The three-acre park currently features a paved entrance and two exercise areas. Each of the fenced areas – one for small dogs and one for larger dogs – includes grass cover, picnic tables, shade trees, waste stations and a water fountain for both dogs and people. The fenced areas are accessible through a double-gated entry system designed to allow dog owners the opportunity to remove or fasten dog leashes prior to entering or exiting the facility.

Flaherty Dog Park is open free to the public daily from dawn until dusk. Before visiting the park, area dog owners are encouraged to review the “Dog Park Rules of Conduct” online at http://bit.ly/FlahertyDogParkRules. 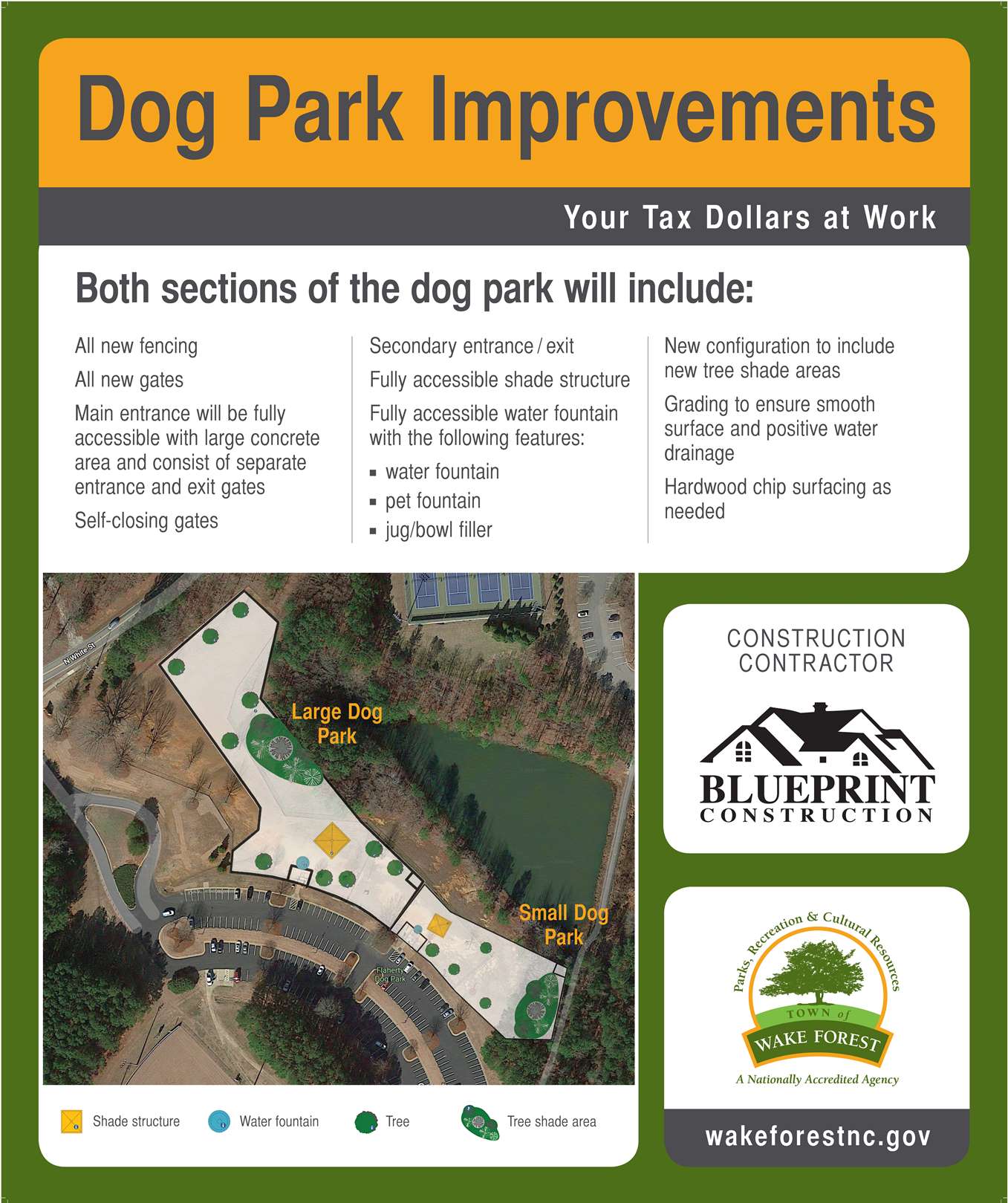 Flaherty Dog Park is set to undergo the following renovations: 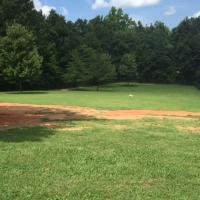 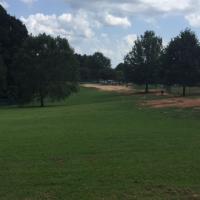