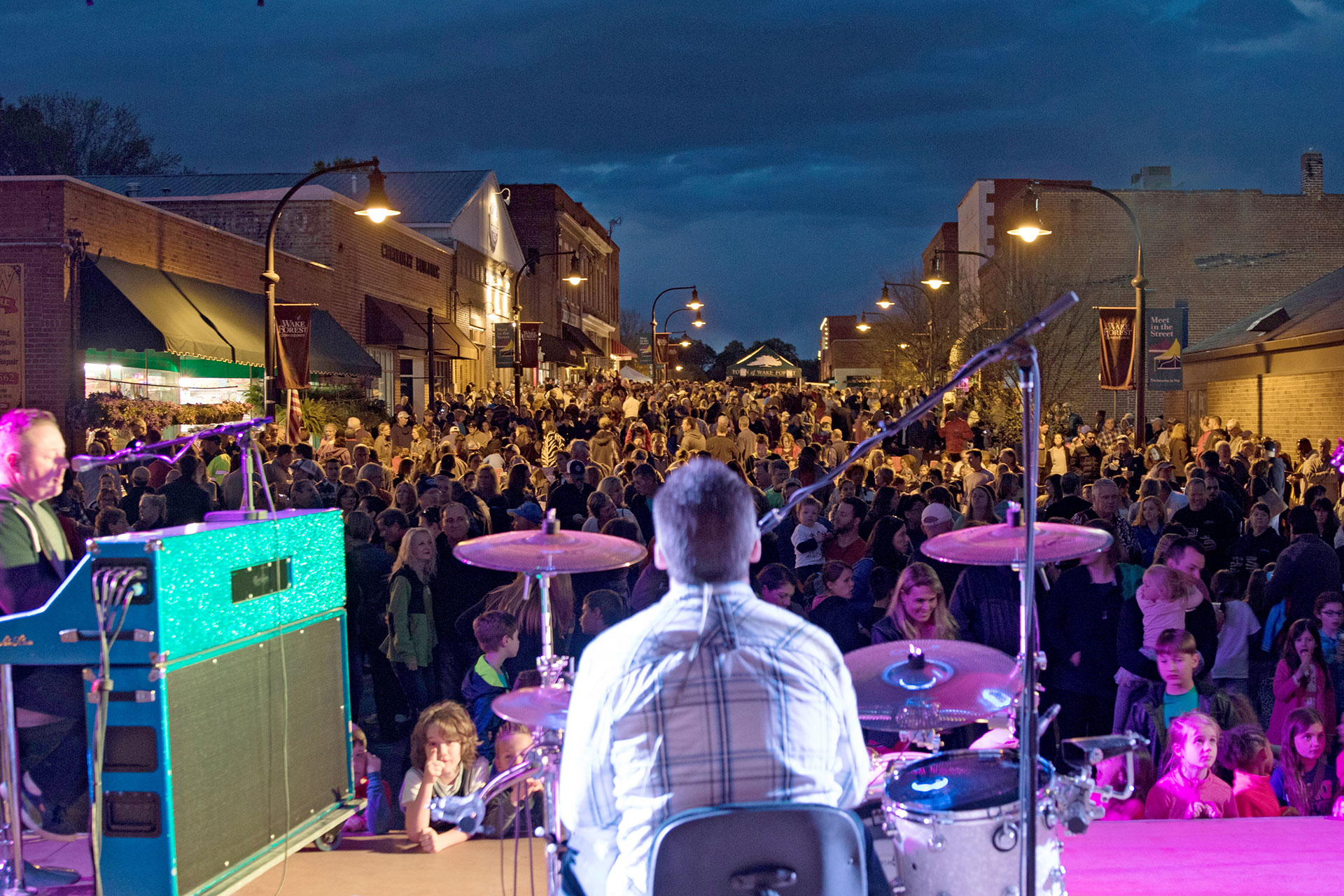 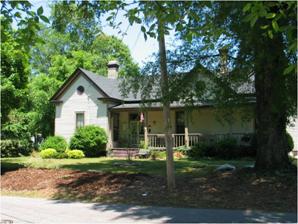 The Glen Royall Mill Village Historic District was listed in the National Register of Historic Places on August 27, 1999. It is considered one of the most intact mill villages in Wake County with a period of significance from 1900 to 1949.

This residential area is characterized by an irregular grid of streets laid out circa 1899. House lots were not surveyed until 1941 when the village owner, the Royall Cotton Mill decided to sell the houses. 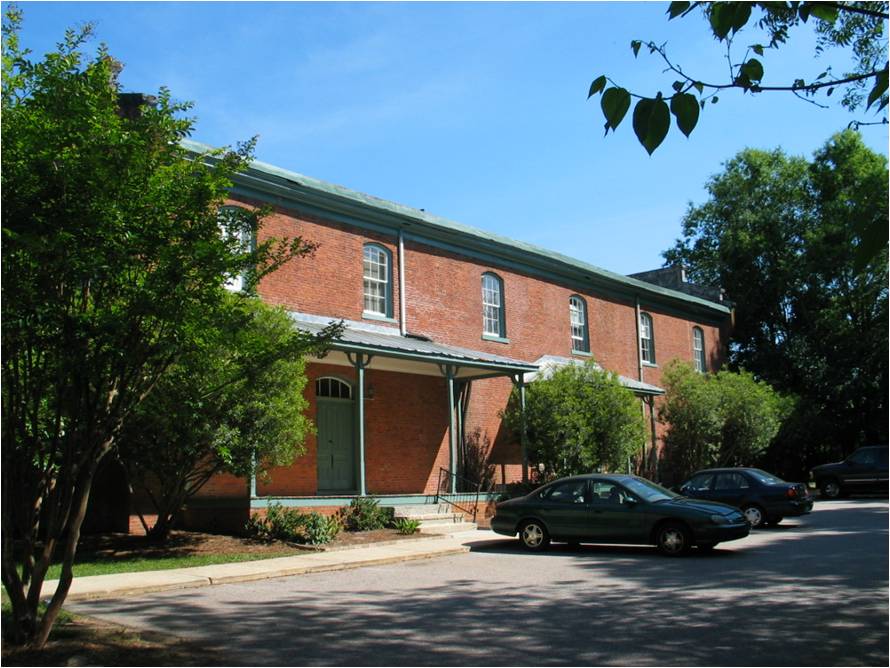 The Royall Cotton Mill was incorporated in 1899, during a period of major expansion in North Carolina's textile industry. To spin and weave cotton, producing cotton sheeting skein yarn, became one of North Carolina's premiere textile concerns.

Construction of the mill and village began in 1900. The mill hired contractor Benjamin Thomas Hicks to construct the village housing according to plans and specifications prepared by mill superintendent John D. Briggs.

Historically, the mill village was a self-contained community. Residents shopped at the mill commissary located at the corner of Brewer Avenue and Brick Street, now converted into condominiums, worshipped at a church in the village, and their children were educated in village schools. The early mill workforce is said to have come principally from a nearby area known as the "Harricanes", an area known for its hard-scrabble farms and moon shining, but some operatives came from other mill communities. The mill continued in operation until a shift from cotton to synthetics in the 1970s resulted in the closure of the mill in April 1976.

The dominant house in the village is a pyramidal-roofed, four-room form, excluding ells or wings, with a central brick flue. The second most numerous type is the "triple-A" cottage, so named for its distinctive roof with two end gables and a third central decorative gable on the front elevation. The larger, multi-gabled mill superintendent's house at 105 East Chestnut Avenue is related to this form. There are also several shotgun-form houses, distinguished by their narrow, two-bay, gabled fronts. 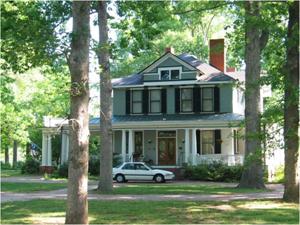 The Robert Powell House, located at 614 North Main Street, facing East Cedar Avenue, is the only one of the mill owners houses in the Mill Village National Register Historic District. The other two are in the Wake Forest National Register Historic District. This house is the largest and most architecturally refined in the mill village district. This two-story house features Queen Anne and Colonial Revival details including wrap-around porch supported by classical columns, porte-cochere, front entry with sidelights and transom, and leaded windows.

Robert Powell apparently built the house, beginning in 1909, although the property wasn't deeded to him until 1913. He was the son of one of the mill founders and served the mill in a number of capacities.

When the mill village was an incorporated town the resident of this house and the Royall Cotton Mill, were the only two property owners. 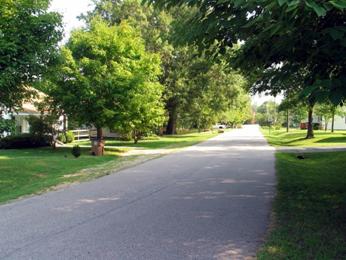 A major restoration in the 1990s resulted in the owners, Frank and Kathryn Drake, receiving an Anthemion Award from Capital Area Preservation in 1998.

The Glen Royall Mill Village was incorporated as the Town of Royall Cotton Mills in 1907 with the mill directors serving as the town commissioners. The principal motivation behind incorporation was a desire by the mill management to avoid annexation by Wake Forest, which would have doubled the mill's tax burden. The town's charter was repealed in 1945 but not annexed into the Town of Wake Forest until 1977. The mill constructed a church and school during the first decade of the 20th century. Glen Royal Baptist Church continues to serve the community at the corner of Elizabeth Street and East Chestnut Avenue. A separate public graded school was built on an adjoining site by 1926 but is no longer standing.

Homes constructed in the village tapered off in the 1920s and 1930s. However, construction began again immediately following the end of World War II, with Cape Cod cottages and other house forms built on undeveloped lots.

The pyramidal, "triple-A", and shotgun houses erected at Glen Royall were representative of a new architectural approach to the mill house building type.

Traditionally, a 2-story hall and parlor plan was used in mill housing. However, new forms began appearing around the turn of the 20th century. In her 1929 study "Welfare Work in Mill Villages, The Story of Extra-Mill Activities in North Carolina" Harriet L. Herring conjectured that the new trend toward pyramidal cottages, or "square-topped" houses, resulted from the beginning of the bungalow influence.

Mill owners were careful to build a mix of houses with different room numbers so as to accommodate the needs of their renters. Three-room houses were "popular with newly married couples and small families who do not want to take boarders", whereas the larger houses permitted "doubling up" of families and the taking in of boarders during periods of peak production and employment.

The evidence suggests that Glen Royall families took in boarders even if their particular house model was small. Glen Royall displays the mix of house sizes described by Herring, as well as both triple-A and pyramidal houses with double front doors suggesting the potential for conversion into duplexes. The dominant triple-A and pyramidal forms alternate along the principal north-south streets of Elizabeth and Mill, with one type facing its mirror image across the street but flanked on each side by the other type.

Mill villages where "no two adjoining houses are alike" were declared by some industry analysts to be a sign of social health, but in her interviews with mill workers Herring noted that few seemed to care whether their dwellings looked the same or different from adjoining houses.

The Glen Royall Mill Village retains a high degree of architectural integrity. Most of the neighborhood's original housing stock survives and the historic streetscapes and patterns remain unaltered. Historic yard patterns and shade tree distributions have been preserved or perpetuated.

The 1900 Royall Cotton Mill is located north of the Mill Village district but is not included in the district.