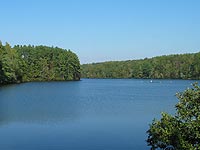 Climate
With about 220 sunny days a year, the future is bright in Wake Forest. Centrally located between the Blue Ridge Mountains in the west and the beaches in the east, Wake Forest offers the best of both worlds. An average snowfall of 7.5 inches temporarily transforms the rolling hills of the Triangle into a short-lived winter wonderland. Balmy summer days, with average temperatures in the mid-to-high 80's, sends residents packing for the lakes and beaches. An average yearly temperature of 60 degrees Fahrenheit is one reason why the area is known as "the great outdoors."

Culture
The success of The Greater Wake Forest Region lies in its cultural and ethnic diversity. The region's international flavor and rich heritage comes to life in its cultural and historical attractions. From the North Carolina Symphony and Broadway-style theatrical performances to the state's museums of art, history and natural sciences, as well as professional hockey, minor league baseball, arena football and Atlantic Coast Conference college basketball, the region is living proof that "variety is the spice of life."

Education
The secret of The Greater Wake Forest Region's success can be found in the classroom. Business and government leaders know that knowledge is power. The Triangle offers traditional public schools, magnet schools, as well as private and charter schools. As for colleges and universities, the Triangle ranks at the top of the class in several degree programs at nationally acclaimed Duke University, University of North Carolina at Chapel Hill and North Carolina State University. 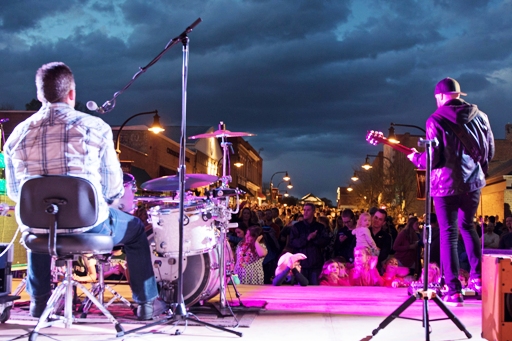 Events
The Greater Wake Forest Region's atmosphere can be described in one word: "festive." From January through December, one can always find a reason to celebrate life beyond the traditional holiday celebrations. Whether it's cheering for your favorite college or professional sports team, participating in Wake Forest's "Six Sundays in Spring" or the annual "Meet in the Street" festival that draws over 10,000 residents to our downtown area, or simply enjoying the sights and sounds of the annual state fair, the social calendar will never be boring. Visit our Community Calendar for a complete listing of local events. 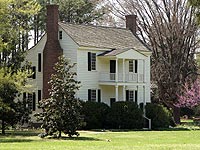 History
Since its beginnings, The Greater Wake Forest Region has been driven by a pioneering spirit fueled by the quest for knowledge. Founded in 1823, the "Wake Forest Academy for Boys" was later expanded to include girls. In 1834, the campus was bought by the North Carolina Baptist Convention and named the "Manual Labor Institute." By 1840, the laying of the Raleigh and Gaston Railroad Track sparked an enrollment growth leading the school to change its name to "Wake Forest College." The late 1880s brought the relocation of the railroad station from Forestville to Wake Forest spawning an economic boon that continues today. Wake Forest College moved to Winston-Salem, N.C., in 1956 leaving the campus to its current occupants - Southeastern Baptist Theological Seminary and Southeastern College at Wake Forest. Then in the 1970s, the Triangle region was catapulted into national prominence with the creation of the Research Triangle Park, the first planned research park of its kind in the U.S. Today, the region continues to lead the way in cutting-edge technology and state-of-the-art engineering. When it comes to being a trailblazer, the Triangle has history on its side.

Housing
After a hectic day at work, nothing can compare to the peace and tranquility of a place called home. The Triangle's housing market prides itself in satisfying the most discerning tastes. Choose from the architectural classics of the picturesque historic districts to the stylish modern homes being built throughout the region's well-planned neighborhoods. 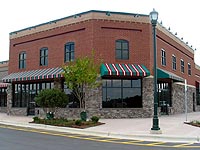 Recreation
In a state known as the "Variety Vacationland," the Triangle places you right in the middle of the action from the mountains to the coast. In the winter, hit any of the state's nine ski resorts located just a few hours away. During the summer, cool down by the region's recreational lakes spanning more than 75,000 acres ideal for swimming, fishing and boating. Surrounded by thousands of acres of natural parks, golf courses and tennis courts, the opportunities are limitless.