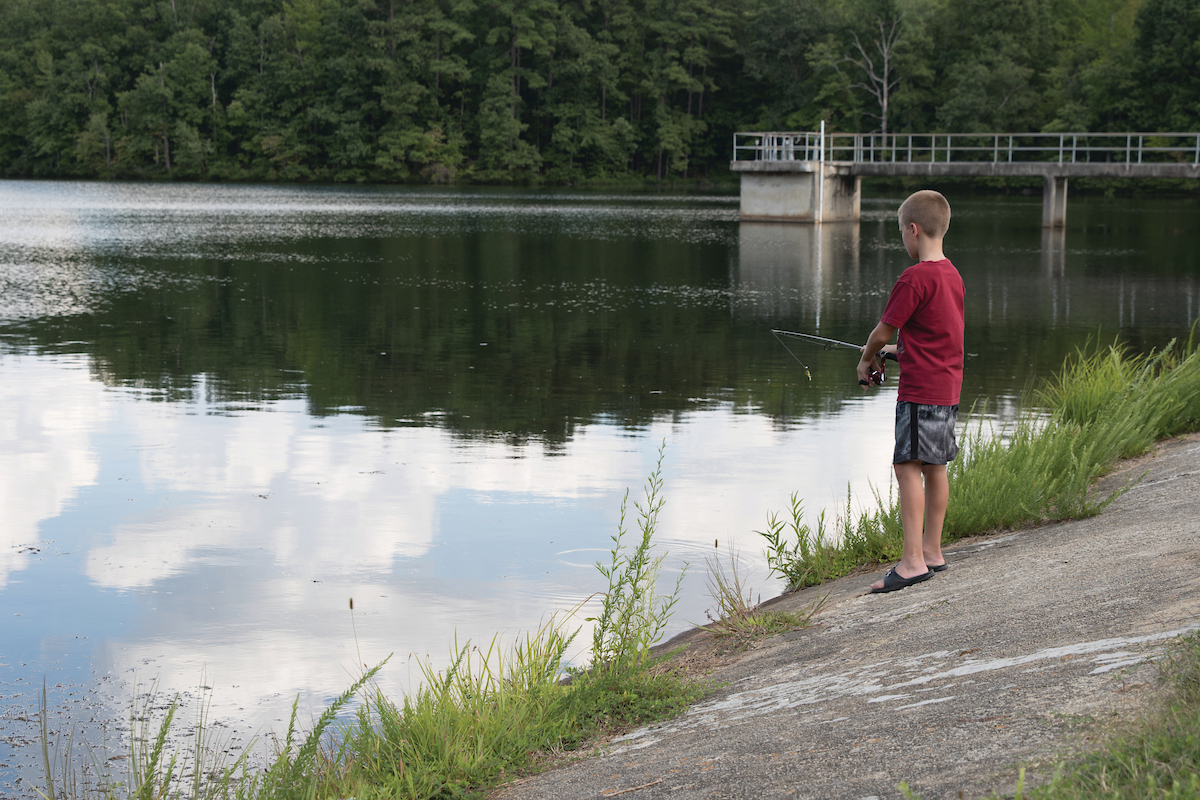 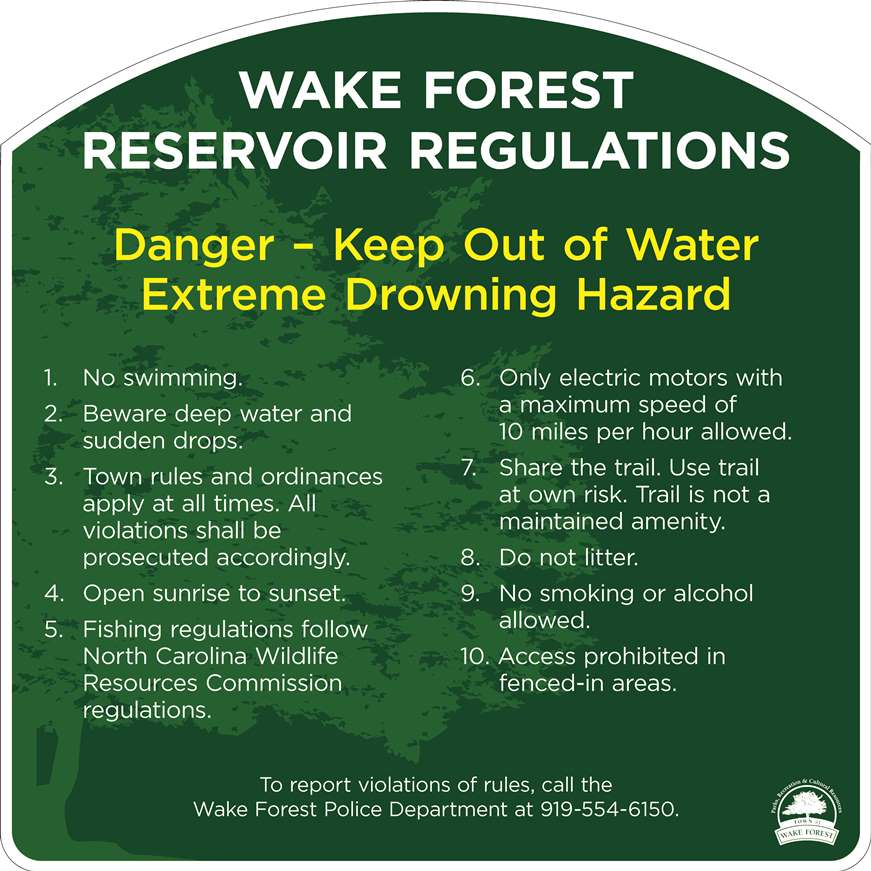 The Wake Forest Reservoir was created as a drinking water source for the Town in the early 1960s (Connections – 100 Years of Wake Forest History by Carol W. Pelosi). The lake is open for paddle and electric powered boats. There is a small concrete boat ramp adjacent to the parking area.

Shortly after the City of Raleigh utility merger, the water plant was taken off line, but limited operations are still in place at the reservoir. You can still see some of the water plant structures on site. Falls Lake has become the primary source of drinking water for residents.

In 2012-2013, the town staff and the Greenways Advisory Board worked with many volunteers, primarily members of the Boy Scout Troop #5, to create over a mile and a half of soft trail on the west side of the reservoir. Portions of this trail were made possible by contributions and efforts provided by JPM South developers. The trail connects the parking lot at the southern end of the reservoir to Oak Grove Church Road. In 2013, Ryan Welker, a student at Wake Forest High School, began constructing a portion of the western side of the Reservoir soft trail to fulfill requirements for his Eagle Scout Project.

In September 2019, the Wake Forest Reservoir's ownership was transferred back to the Town of Wake Forest. 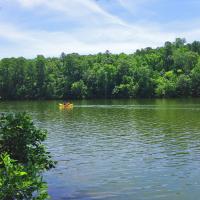 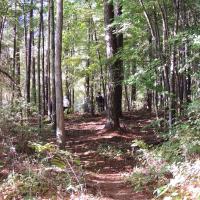