Charging stations are available to the public and free of charge at the following locations:

Wake Forest obtained the new stations thanks to a grant from the North Carolina Department of Transportation (NCDOT) in conjunction with the NC State University Solar Center. 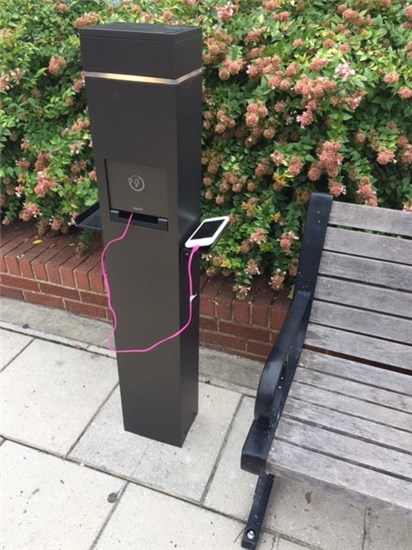 The current stations are located at the following locations:

The charging stations are recognizable by their tall tower and banded lighted top. Each features four USB plug-ins and two electrical outlets. The stations are free to use and available on a first-come, first-served basis to anyone who brings their own cord.

The free downtown WiFi makes it possible for residents and visitors to use the Internet outdoors along portions of South White Street, South Brooks Street and South Taylor Street using their smart phones, tablets and laptops.