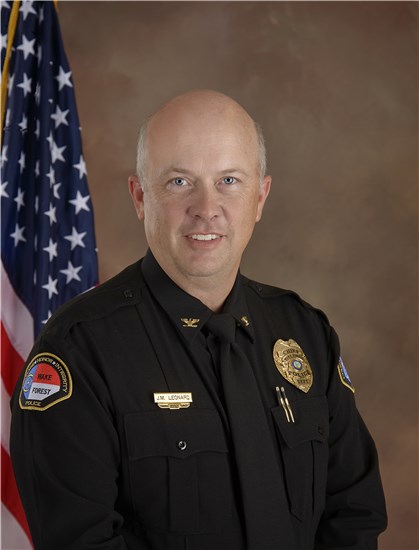 Chief Leonard began his law enforcement career with the Wake Forest Police Department in 1992 as a reserve police officer. He continued in that capacity until 1994 when he was hired as a full-time officer. The same year, Chief Leonard graduated from North Carolina State University with a Bachelor of Arts degree in Sociology.