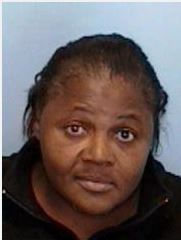 Applewhite, age 52, was last seen Monday evening, May 13, in the vicinity of East Perry Avenue in Wake Forest.

She is described as a black female standing 5’4” tall and weighing approximately 220 pounds.

A Silver Alert is expected to be issued later today.

Anyone with information on the whereabouts of Theresa Applewhite is urged to call the Wake Forest Police Department at 919-554-6150.