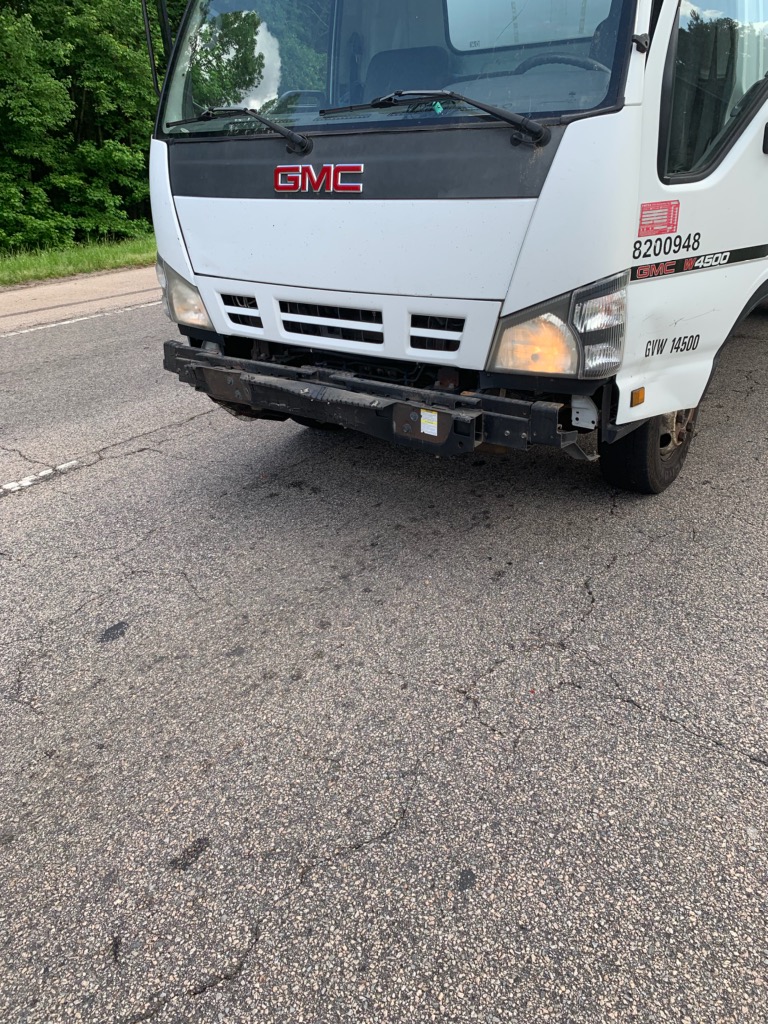 Wake Forest Police are requesting the public’s help locating the driver of a vehicle involved in a hit and run Wednesday afternoon, May 8.

At approximately 3:45 p.m., officers responded to a hit and run crash along the 9400 block of northbound Capital Boulevard/US 1 in the vicinity of the Neuse River Bridge. According to witnesses, a white GMC W4500 box truck rear-ended a minivan carrying six passengers. All were transported to WakeMed North with non-life-threatening injuries.

A minivan passenger took the photo of the truck (shown right), which sustained front-end damage. The driver of the truck is described as a white or Hispanic male wearing a gray shirt.

Anyone with information concerning this incident is urged to call the Wake Forest Police Department at 919-554-6150.