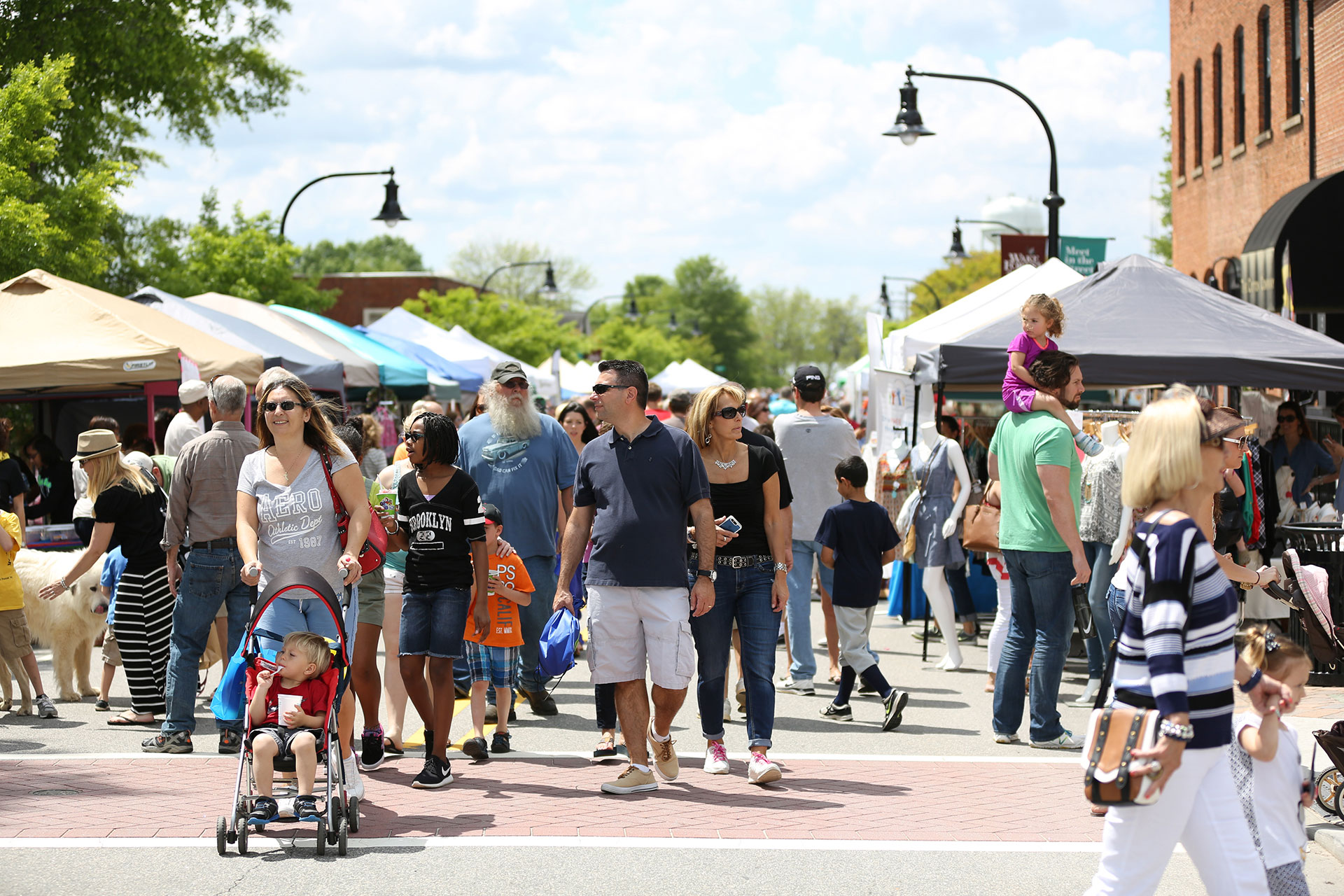 Hayes was one of 33 individuals and organizations from across the state to receive the honor in recognition of their commitment to downtown revitalization. This year’s group of Main Street Champions brings the total number to 837 since champions were first named in 1980. Other recent Wake Forest Main Street Champions include the Wake Forest Garden Club, Doug Pearce, Carter Harrell, James Warren, and Wake Forest Downtown, Inc.

“They possess courage to move downtown forward; they fight for positive change and do that with creativity and innovation; and they actively get things done, while staying focused on the downtown’s economic development strategies.”

According to Downtown Development Manager Jennifer Herbert, Hayes’ embodiment of these characteristics, along with her passion for downtown, make her an especially deserving Main Street Champion.

“Examples of Lisa’s impact on our downtown are everywhere,” says Herbert. “In 2016 she was instrumental in starting Friday Night on White which draws tens of thousands of visitors to downtown each year. Its success has helped attract new businesses, which led to increased vibrancy and nightlife throughout our Renaissance Area.”

Herbert also noted that even though Hayes has transitioned into a new role as Strategic Performance Manager, she continues to support downtown as a project manager for major town initiatives, including the current SunTrust/353 S. White St. Redevelopment Project.

“Lisa encouraged the Town to purchase the former SunTrust site because she wanted to ensure that the development of this gateway site aligned with the Town’s vision and goals,” said Herbert.

She concluded, “Thanks to Lisa’s commitment to downtown and the relationships she built with merchants, property owners, and our community at large, downtown Wake Forest – as great as it is now – is poised for even greater success in the years to come.”