The NCDOT Safe Routes to School Program (SRTS) is a federally funded program initiated through the Safe, Accountable, Flexible, Efficient Transportation Equity Act: A Legacy for Users (SAFETEA-LU) in 2005. The legislation establishes a national SRTS program to distribute funding and institutional support to implement SRTS programs. SRTS programs facilitate the planning, development, and implementation of projects and activities that will improve safety and reduce traffic, fuel consumption, and air pollution in the vicinity of schools.

Non-Infrastructure Project Scope
In 2008, Town staff developed a bicycle safety education program and identified facility improvements that would benefit pedestrians and bicyclists within a 1-mile radius of Wake Forest Elementary (WFE) and Wake Forest Middle (WFM) schools and applied for NCDOT SRTS grants. During 2009, the Town received grant awards to fund projects at WFE. The non-infrastructure grant award was for $26,000 to assist WFE with adding bicycle safety instruction to the 4th grade curriculum. 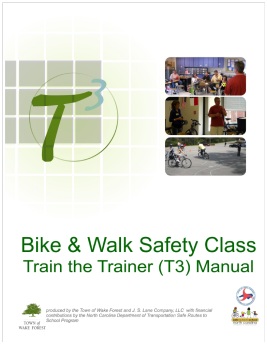 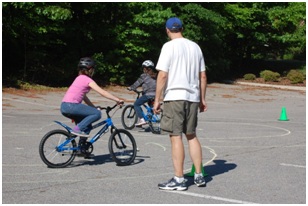 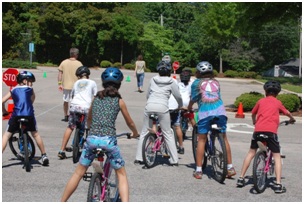 Infrastructure Project Scope
In 2008 Wake Forest applied to NCDOT for a SRTS infrastructure grant. The $300,000 grant was awarded in 2009 and will fully fund the project. The project's goal is to build and extend sidewalks within a one-mile radius of WFE and WFM and provide bike racks on school grounds.

At Wake Forest Middle School, the grant funds the creation of a 10-foot-wide multi-use path from existing sidewalks on South Main Street onto the school grounds to connect with the front entrance, with lighting along the path to enhance early morning safety. Radar-feedback speed warning signs will be installed along South Main Street. Twenty bicycle racks will also be installed to support students that choose to bike to school.

At Wake Forest Elementary School, the grant funds the installation of pedestrian signals at South Main Street and Elm Avenue with high visibility crosswalks, a wheelchair ramp at the school driveway, and 20 bicycle racks. Radar-feedback speed warning signs will be installed on South Wingate Street and South Main Street. Near Wake Forest Elementary School, a sidewalk will be installed on the east side of South Wingate Street between Sycamore Avenue and the Boys and Girls Club driveway. Another sidewalk segment will be installed along the south side of Durham Rd, connecting the existing sidewalk to Tyler Run Drive.

The Town has procured the design services of WSP SELLS for this project who will provide shovel ready plans for construction.

As part of the grant, the Town of Wake Forest will be providing $40,000 of in-kind services. Walkways connecting WFE to Holding Park, Forrest Field, and the Boys and Girls Club will be replaced to ensure the safer route to school. Work will be done by the Town of Wake Forest, Public Works Department, Streets Division. 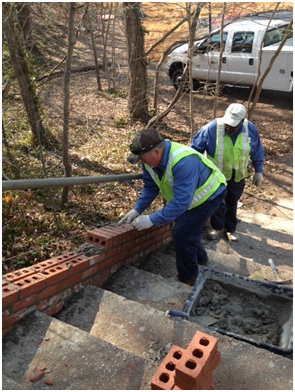 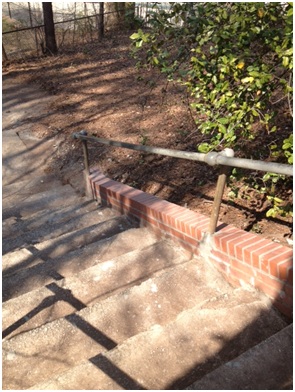 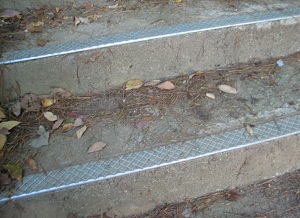 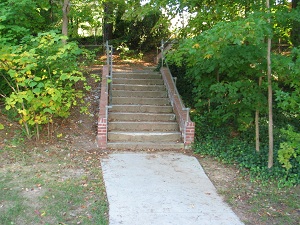 Steel plate stair treads were installed to reduce slip hazards on the stairs connecting Holding Park and the Wake Forest Elementary School. Safety railings were added and loose or broken bricks on the stair walls were replaced. 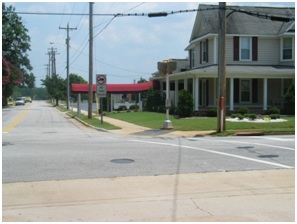 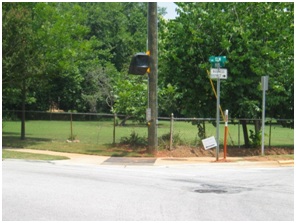 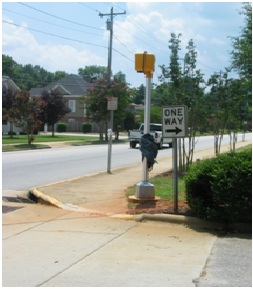 New pedestrian signals were installed at the intersection of S. Main St. and Elm Ave. These signals will be synchronized with the existing traffic signal to improve safety for pedestrians near the Wake Forest Elementary School. 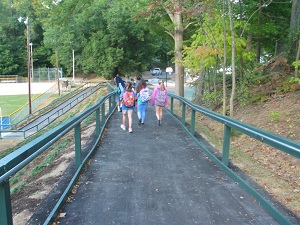 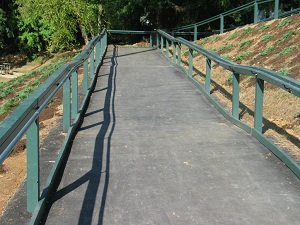 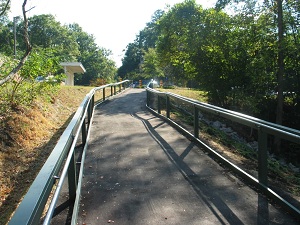 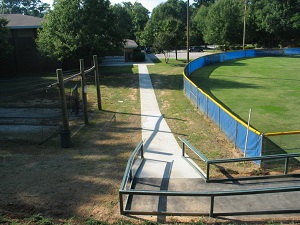 The ADA compliant multi use path was installed, connecting the Wake Forest Elementary School to Holding Park and Forrest Field. Sidewalks were also constructed providing better access to the Boys and Girls Club, the basketball court and to the Community House. This popular route for elementary students used to be just a dirt path and the staircase was in very rough shape. 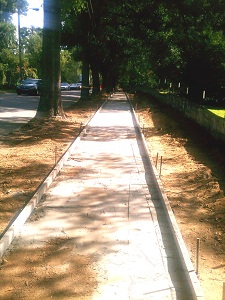 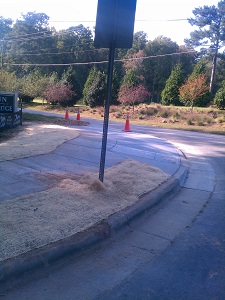 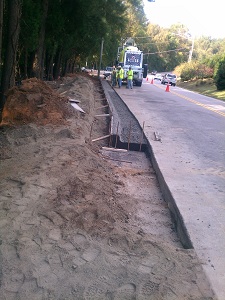 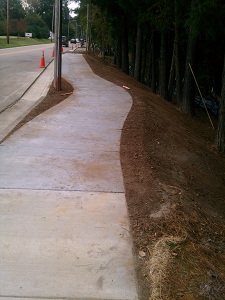 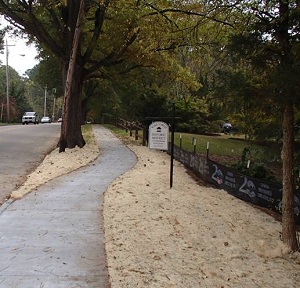 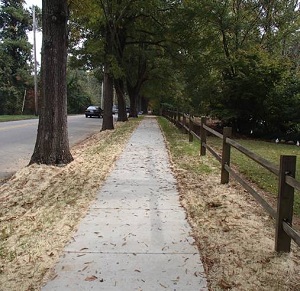 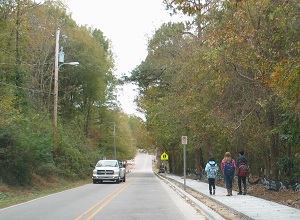 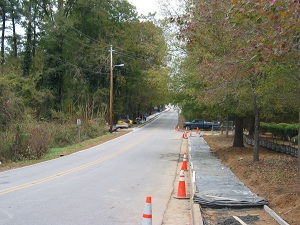 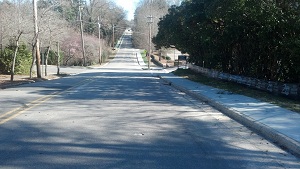 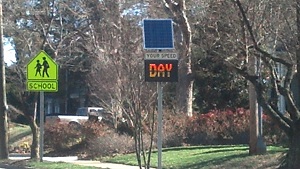 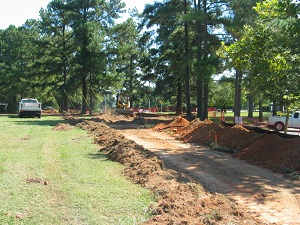 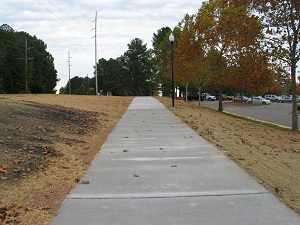 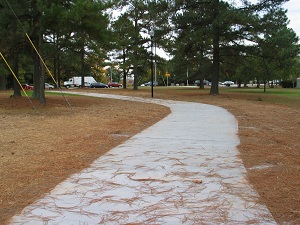 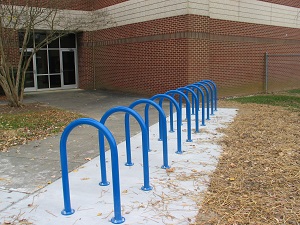 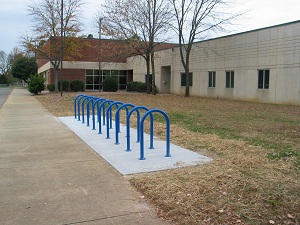 Construction has been completed for the 10-ft wide multi use path connecting existing sidewalks on South Main Street to Wake Forest Middle School. Lights have been installed along the pathway as part of this project. Twenty bike racks have been installed on school grounds.