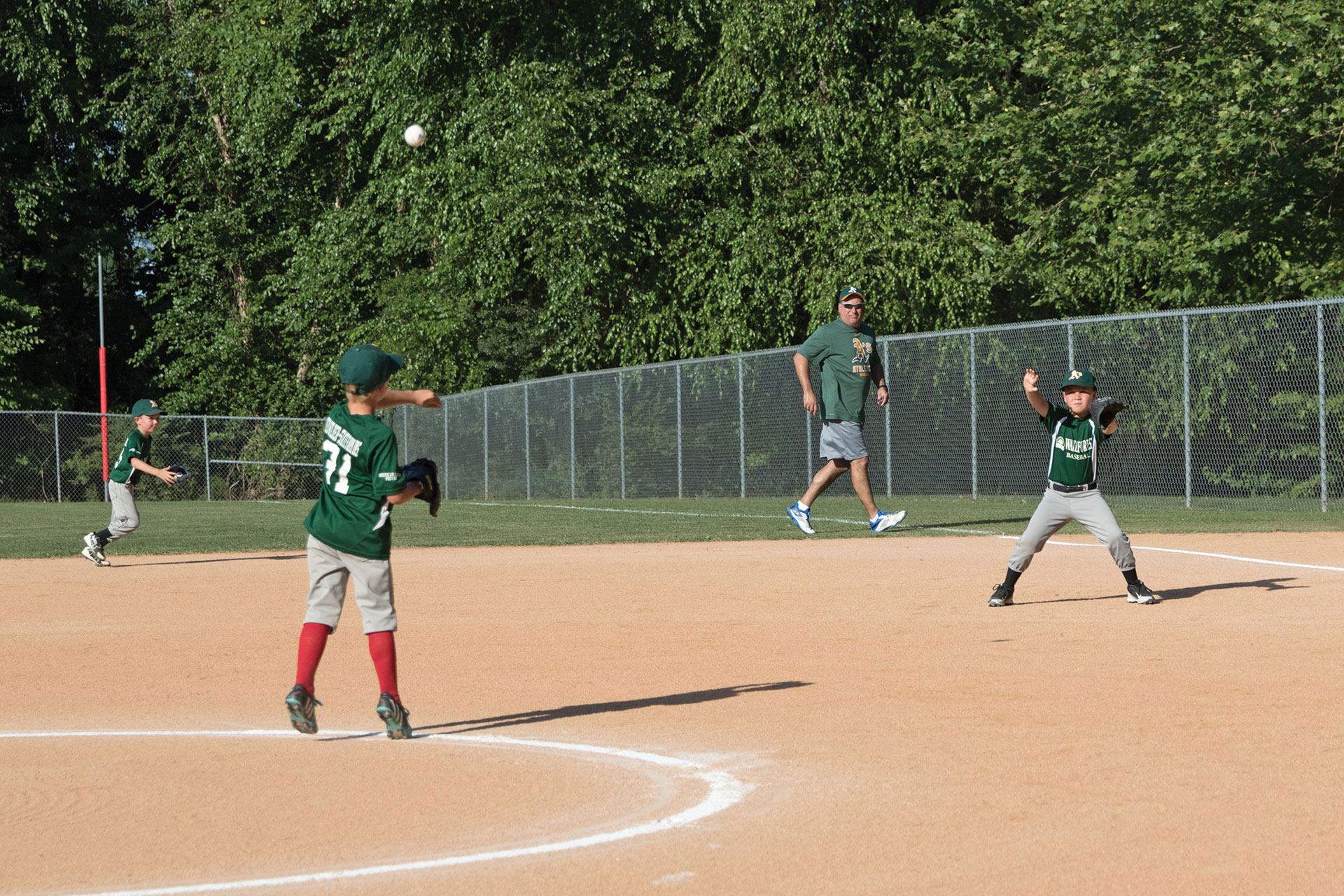 Sponsored by Wake Forest ARTS, Six Sundays in Spring is a lively series of free concerts scheduled on consecutive Sundays in 2019 from April 28 through June 2.

All concerts begin at 5 p.m.

In the event of inclement weather, the concerts may be relocated to the Wake Forest Renaissance Centre, 405 S. Brooks St. 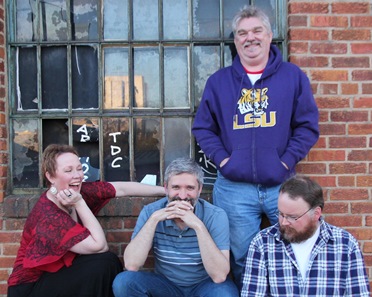 Buckshot Betty is a six-piece Americana outfit from Raleigh, with roots spreading throughout the southeastern United States.  They blend traditional country music with elements of bluegrass, Cajun, blues, and southern rock to form their own unique brand of Carolina country.  Whether you’re in the mood for a barnyard stomp, a fiddle waltz, or a mandolin float down the Calcasieu River, you’ll find it here!

Buckshot Betty released its debut album, “Humble Home,” in September 2018.  Recorded at Pershing Hill Sound in Raleigh, “Humble Home” showcases the first five years of the band’s original compositions.  Buckshot Betty will be playing in support of its new album throughout 2019.  They look forward to seeing you soon!

May 5 - Southern Culture On The Skids 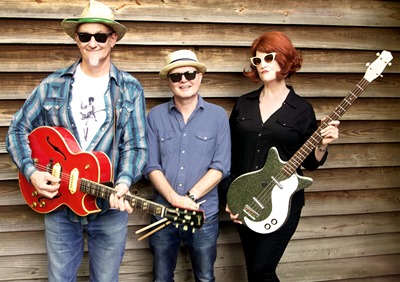 Southern Culture On The Skids has been consistently recording and touring around the world since its inception in 1983, when Rick Miller was a grad student at UNC-Chapel Hill. The current lineup (Dave Hartman - drums; Mary Huff - bass and vocals; Rick Miller - guitar and vocals) has been playing together for over 30 years. The band's musical journey has taken them from all-night NC house parties to late night network talk shows, and from performing at the base of Mt. Fuji in Japan to rockin' out for the inmates at NC Correctional Facilities. Their music has been featured in movies and TV, and used to sell everything from diamonds to pork sausage, and their legendary live shows are a testament to the therapeutic powers of foot-stomping, butt-shaking rock and roll.

Bootleggers Choice is the brand new album from Southern Culture On The Skids. The album features 16 all-new recordings of the most requested songs from the bands long out-of-print major label releases, Dirt Track Date (1995) and Plastic Seat Sweat (1997), plus a re-mastered edition of the original 1991 recording of "Camel Walk" from the Santo Sings EP. These 16 new recordings were tracked and mixed by Rick Miller and the original engineer/producer of Dirt Track Date and Plastic Seat Sweat, the one and only Mark Williams, at Ricks rural NC studio (and SCOTS clubhouse) The Kudzu Ranch. Double LP, CD, and digital available for pre-order Sept 14th, in stores Nov 16th .

May 12 - The Magnificent's Band 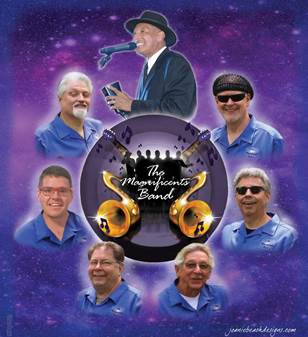 The Magnificent's Band was formed by several students at Walter Williams High School in Burlington NC in 1964. Later becoming Willie T and the Magnificent's. The band quickly made a name for itself and became one of the most sought-after R&B bands on the eastern seaboard. As music styles evolved the band went through several name changes before returning to its original name some thirteen years ago.

The current version of The Magnificent's Band consists of seven of what some consider to be some of the finest musicians in North Carolina. The Band has a wealth of live playing experience in varied styles of music including Classic Soul, Beach, Motown, Top 40 and dance hits. The band is sure please any crowd due to their diversity of high energy music and their motivation to get people dancing. They are the perfect party band. 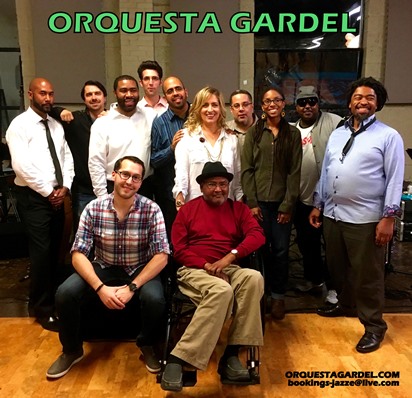 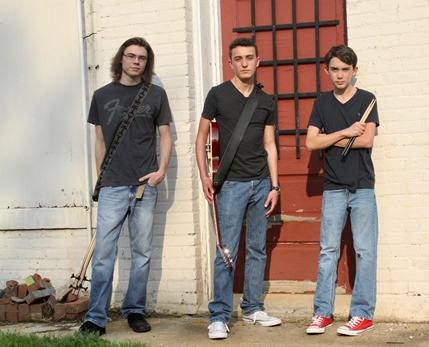 Tristan & Brooks hail from Wake Forest, NC and began playing open mic nights and various charity events when they were just big enough to hold their instruments. In 2016 The Band of Oz invited the boys to open a show at the Wake Forest Fireworks Celebration after seeing a video online. The response to that opportunity led to the founding of what is now one of the triangle areas best classic rock cover bands. The group has been in the studio the first part of 2019 and expects the release of their first original album by summer. The band focus is on playing great music, real instruments and bringing back the style of music that told a story and made memories. 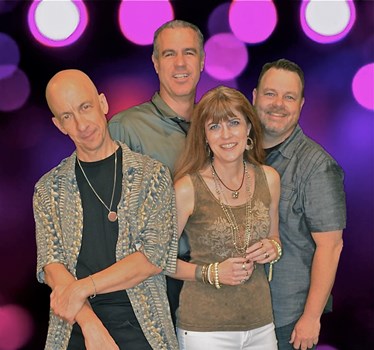 Mister Felix is an “indie” rock band based in the Raleigh area. They are Catherine Johnson (vocals), Robert Woessner (guitar), Ted Buckner (bass), and Jim O’Keefe (drums). Their set list includes original music with a rock/folk vibe as well as covers.

Felix means ‘happy, lucky’. Catherine explains their name. “There is no Mister Felix. It’s not a person. It’s us. It’s what we do when we come together.” Mister Felix gives its members a creative space to write and arrange their own music and draw from their varied musical influences. Check out the “music” and “video” tabs on our website www.misterfelix.com.

“Making music with these guys makes me really happy,” says Catherine. Come share the joy May 26. 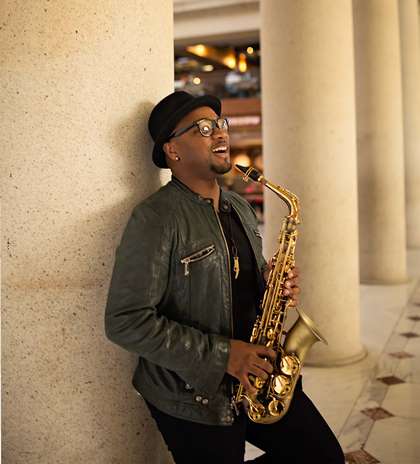 An incredible act and one worth watching, saxophonist Marcus Anderson is the golden child shining among stars. With eight studio albums on his list of accomplishments, the fusion jazz artist brings R&B, Pop, Rock, Latin and Funk to make music that puts listeners in another atmosphere. Charting number one in both categories of Billboard's Smooth Jazz and Sirius XM’s Watercolors with his exceptional hit “A Cup Of Joe” from the album *And Coffee *the Spartanburg, SC native is delivering major music in a humble way. His work with the late Prince and the New Power Generation led him to join stages with the likes of Ceelo Green, where he has become a key contributor to Green’s touring band.

Anderson is an act that puts on a show for and with household names. Whether he is performing for dignitaries such as President Barack Obama, always the man of the hour, delivering stellar musicianship every time.Lailah Hathaway,  Esperanza Spaulding, George Duke, Jennifer Holiday are just a few out of the numerous world-renowned artists that Anderson has opened for and with whom he has shared the stage.

Both near and far, audiences of all musical tastes have made their way to hear Marcus Anderson and the Experience. He and his band present a show in which he not only plays the sax but sings and performs choreography as well. High-spirited and welcoming, Anderson is a multi-instrumentalist who is not afraid of “showing out” He’s a fan-favorite at highly recognized festivals such as Essence Music Festival, Catalina Island Jazz Trax Festival and many more. He has also appeared with headliners on top-ranking shows like The Tonight Show, Arsenio Hall, Jimmy Kimmel Live! and Jimmy Fallon.

In case of inclement weather, the concerts may be relocated to the Wake Forest Renaissance Centre, 405 S. Brooks St. Updated concert information will be available on the town's Facebook page and by calling the Wake Forest Weather Line at 919-435-9569.

Smart phone users who have downloaded the Town of Wake Forest app will receive a push notification message informing them of any schedule changes.

Android and iPhone users can have a handy pocket guide to this year's Six Sundays in Spring in the palm of their hands by downloading the Town of Wake Forest app and using the app's "Six Sundays" function. Designed to offer smart phone users instant access to important details about this year's concert series, the function includes the complete concert schedule, information about Joyner Park, weather information and more.

IPhone, iPod Touch, iPad, and Android users can download the town's free app by searching for "Town of Wake Forest" on iTunes, in the iPhone app store, or in Google Play or by scanning the appropriate QR code.